What If It Didn’t Start With You?

Systemic Principles say ‘maybe the reason you can’t shift the behaviour pattern you’ve been wrestling with, is because it didn’t start with you!’ 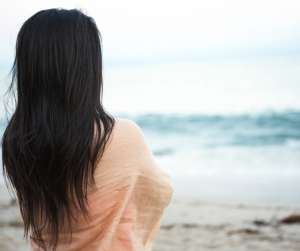 When I left my corporate career to become a coach some 15 years ago, I adopted a fairly standard way of coaching to help clients achieve their goals. What I observed both in myself and clients was that trying to achieve change that way rarely created lasting results. Rather like going on a diet, we soon revert to old habits!

So I started to go deeper, first with the fabulous Enneagram, discovering the motivational drivers of the 9 personality types, which helped a lot, but then I came across the world of Systemic Constellations some 11 years ago, which was like being given a brand new pair of glasses with which to view the world.

It felt like I’d discovered the missing link, because Systemic Principles say “well maybe the reason you can’t shift the behaviour pattern you’ve been wrestling with is because it didn’t start with you!”

It’s not your issue but something which you have become entangled in;

Systemic Constellations help unravel where we’ve got entangled in issues that don’t belong to us, and enable us to move past these patterns to what we want to happen now.

One important Systemic Principles is to honour and acknowledge the origins, founders and teachers of things. So it’s important to say here that this work was founded by German Psychotherapist, Bert Hellinger, after he encountered the way the Zulus worked with their ancestors in South Africa.

Systemic work isn’t theoretical. Bert observed thousands of systems in action and then laid down a number of principles for how family systems function from these observations.

When I first encountered some of Bert’s ideas, I wanted to argue against them – they can be quite challenging! Then I heard from another practitioner that a good the stance to take towards these principles is that ‘they are usually true but often they’re not!’

That paradoxical statement helps keep our minds open and curious, without falling into the trap of thinking we already know.

The Science of Systemics

The first part of Bert’s discoveries is easier to accept as they are backed up by science – that trauma is passed down the generations through epigenetics.

Recent research on babies in utero during 9/11 showed how their mother’s Post Traumatic Stress Disorder markers were passed down to them.

Many of us have parents and grandparents who experienced the last World War, my own parents were evacuated from Guernsey age 7 – what trauma was stored in their little bodies that got passed down to me?

So What Family Traumas Have Been Passed Down To You?

You were an egg in your mother’s body when she was in-utero, so what was happening to your grandmother when she was pregnant? What was carried on your father and grandfathers’ sperm from their family experiences?

Many of us have parents and grandparents who experienced the last World War, my own parents were evacuated from Guernsey age 7 – what trauma was stored in their little bodies that got passed down to me?

Take A Look Back In Your Own Family Tree

What do you find? Seven generations takes us back to mid-19th century, that’s a whopping 128 people! So in Systemic work we concentrate on siblings, parents, grandparents and great grandparents. We also focus on the maternal and paternal lines; your mother, your mother’s mother, your fathers and your father’s father.

To get a clue where the trauma responses may have originated, we look for big events in the family which often lead us to ‘missing’ relatives. We look in the current parents, grandparents and great grandparents’ families, including siblings. We ask these questions;

As you can see these are big questions that may open up a lot of live trauma in people, so it is recommended that anyone who feels these issues are too much to talk about because their own PTSD reactions, seeks regular therapy before coming to look at their system in a constellation.

When we come to work with the material in a systemic way the approach is not about judging whatever has happened as either good or bad, our purpose is to discover and acknowledge what is.

We work in an experiential way firstly setting out the relationship between the client and the pattern they wish to change using physical floor marker to create the “constellation” of the issue.

Depending on our discussions about the family system we will bring in various other people and “elements” into the picture and explore the impact this has on the client and pattern.

As facilitator, I will offer the client sentences to say, through a process of experimentation, until we find the sentence that brings some movement in the system.

Sometimes these movements are small steps and other times there can be a huge shift where we can palpably feel the love start to flow again in the system. This can be amazingly powerful for the client and truly humbling for me to witness.

But there can never be a guarantee – we can only make the conditions available for movement to occur.

As an example, a simple acknowledging sentence would be “You belong to this family and so do I”, which may or may not be easy to say.

Systemic practitioners have taken this work into organisations applying the systemic principles of belonging, time, place, balanced exchange and many others, which have been found to apply as well in businesses as in the family systems. E.g. applying systemic wisdom can really help unblock resistance to change and the entangled messes that can get kicked up in mergers and acquisitions. But of course, we can’t explain that away using epigenetics! So we have to accept there is more going on here than we can currently prove in a laboratory, although Rupert Sheldrake’s work on morphic fields does go in this direction.

Fascinatingly the systemic principles can even be seen to apply to even larger systems, such as the Royal Family, the history of Guernsey or Covid, but that will have to keep for another article.

For myself, adopting a Systemic approach to my own personal development has been revelatory and transformative. As I said earlier it has given me a new way to see the world, a pair of glasses to put on so I can see the world as sets of larger and larger intertwined systems. It’s shown me a way to be an exploratory detective towards my own patterns and give me the opportunity to give them back with love and respect to where they rightfully belong.

Adopting a Systemic approach is a way of seeing all behaviour, however unhelpful, as positively intentioned. That whatever it is you’d rather not be stuck in a loop doing over and over, is a solution to a problem somewhere else in the system. The key is to find out what that is, acknowledge what needs to be acknowledged and then allow space for the love to flow and create space for whatever wants to emerge in its place.

So the next time you find yourself stuck in a loop, ask yourself, where in the system might this behaviour make perfect sense? 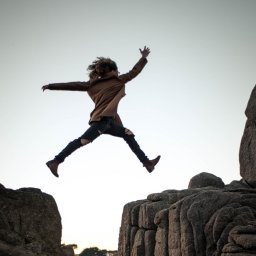 “The leap of intuition can be felt because there is a gap … but it cannot be explained.” Osho Over… 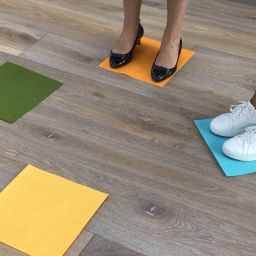 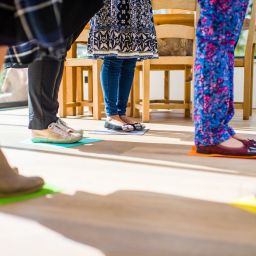 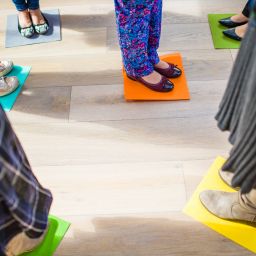 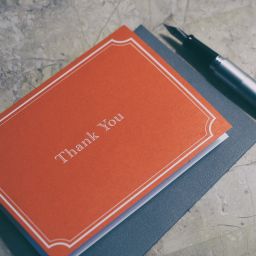 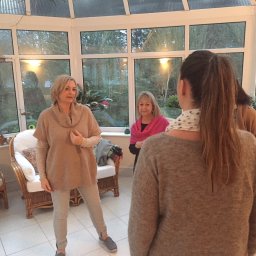